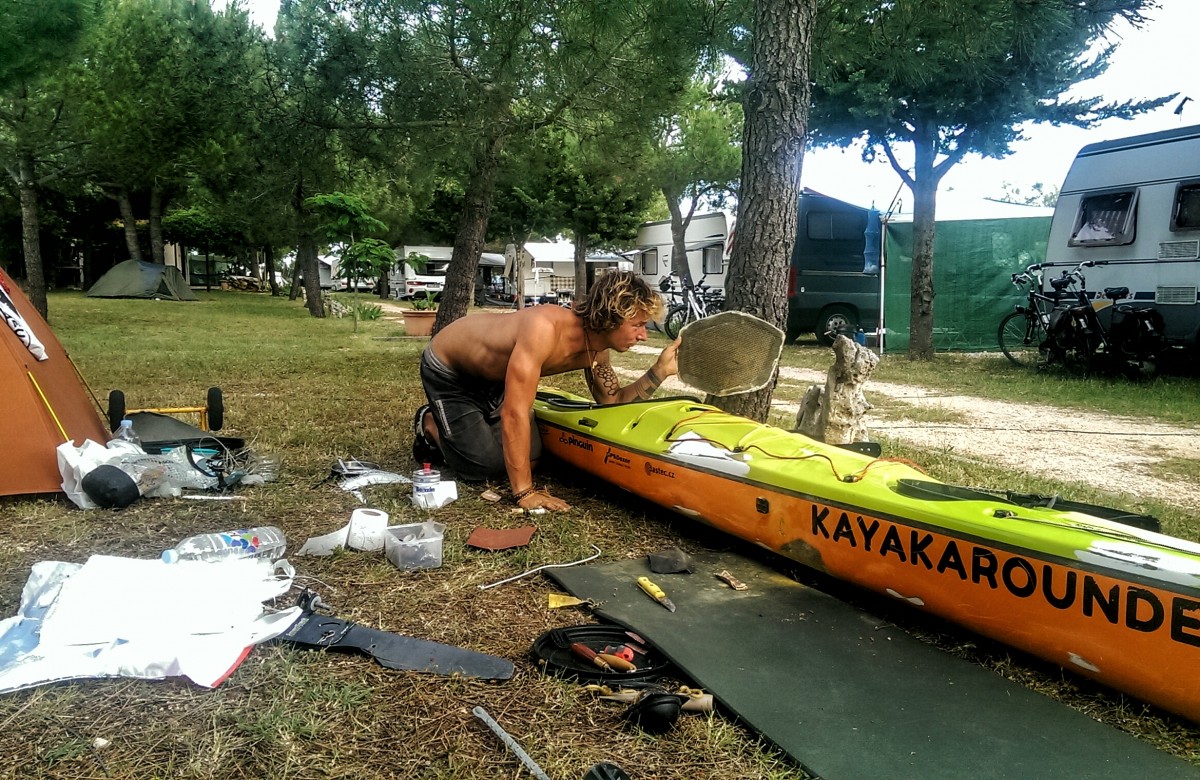 I recall the moment when I got all emotional about the kayak slipping on a rock for the first time, when the first small and hardly noticeable scratch appeared on in.
While still travelling on rivers towards the sea the banks were grassy, muddy or sandy and that made getting the kayak off water easier. Sometimes it got scratched a bit but it didn’t happen frequently. 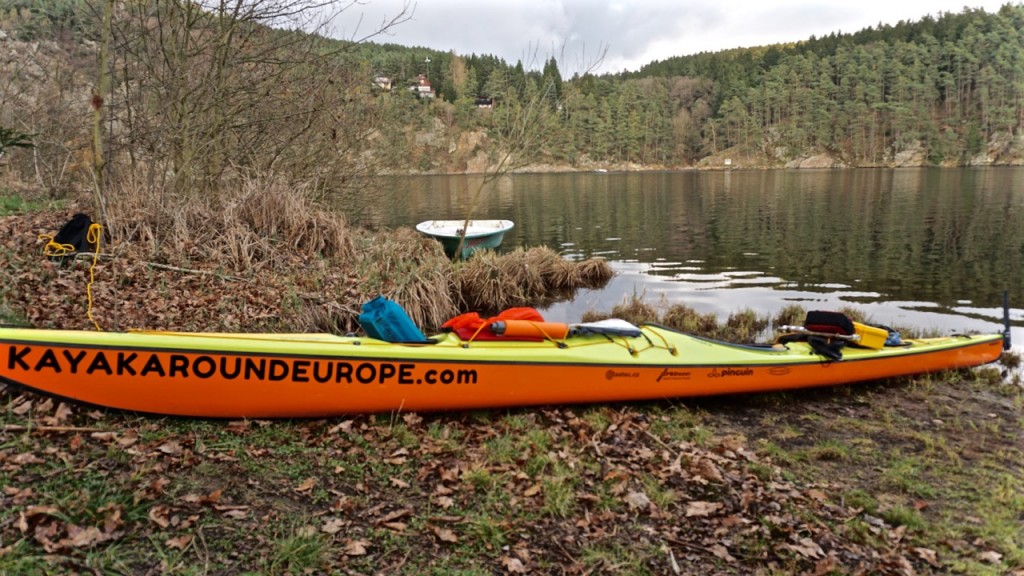 I’ve paddled thousands of kilometers since then and I’m grateful for every time I can stop at a sandy beach.

The journey through Greece was much more difficult. It has mostly stony beaches. Although, the stones were usually quite round the kayak was heavy and it could happen that they would damage its fragile bottom. 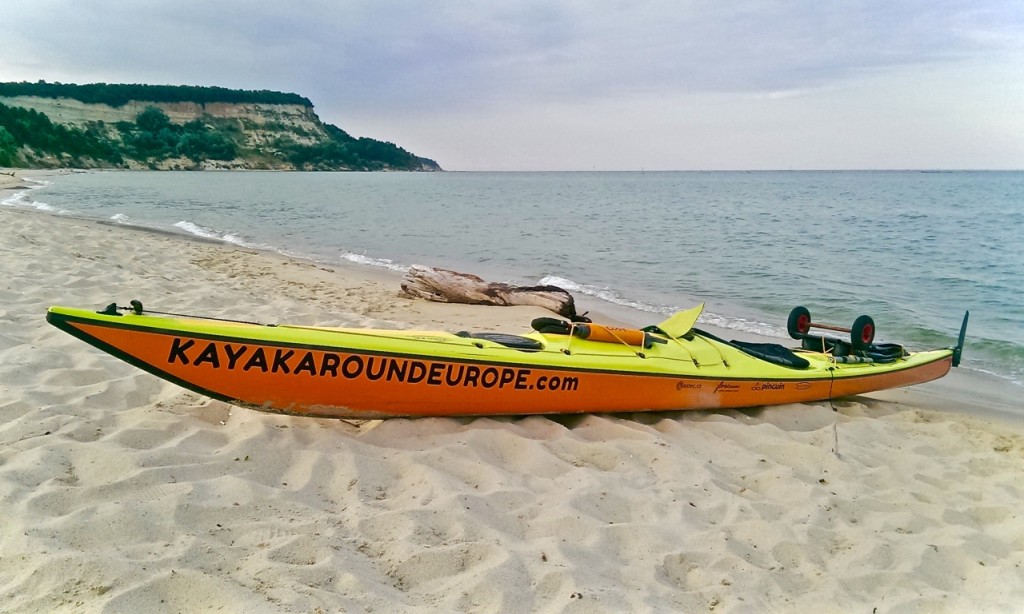 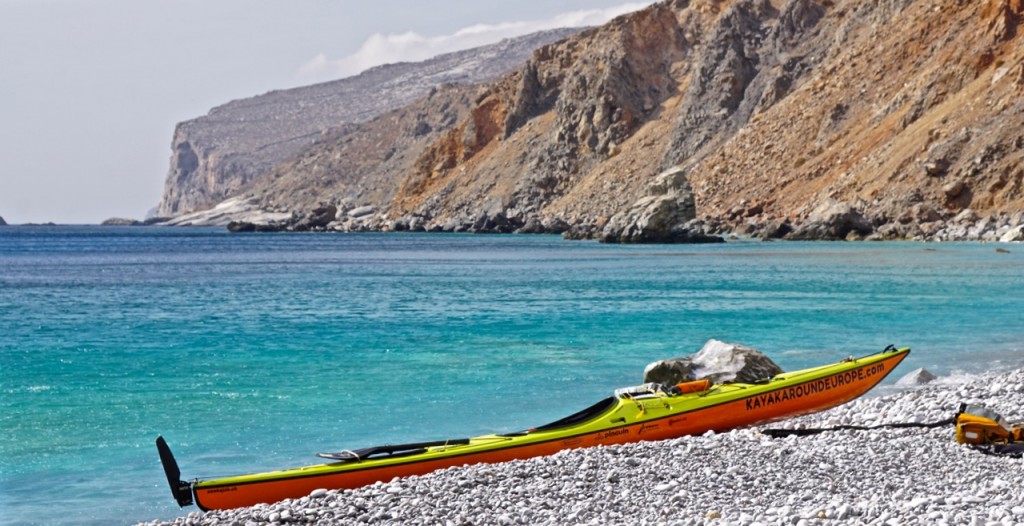 Another fun thing is to play in waves among cliffs that are often as sharp as knives. It’s important to be careful and not to overestimate my skills or underestimate the strength of the waves. Nonetheless, the excitement is the greater the smaller the distance from the roaring and foaming water breaking against the cliffs is. Such games sometimes also cost the kayak a few bruises.

Travelling through Croatia, where the absence of sandy or at least pebble beaches is almost 100 %, has been leaving its marks on the kayak as well. The time between each repair is getting shorter and shorter, being sometimes only a couple of weeks. 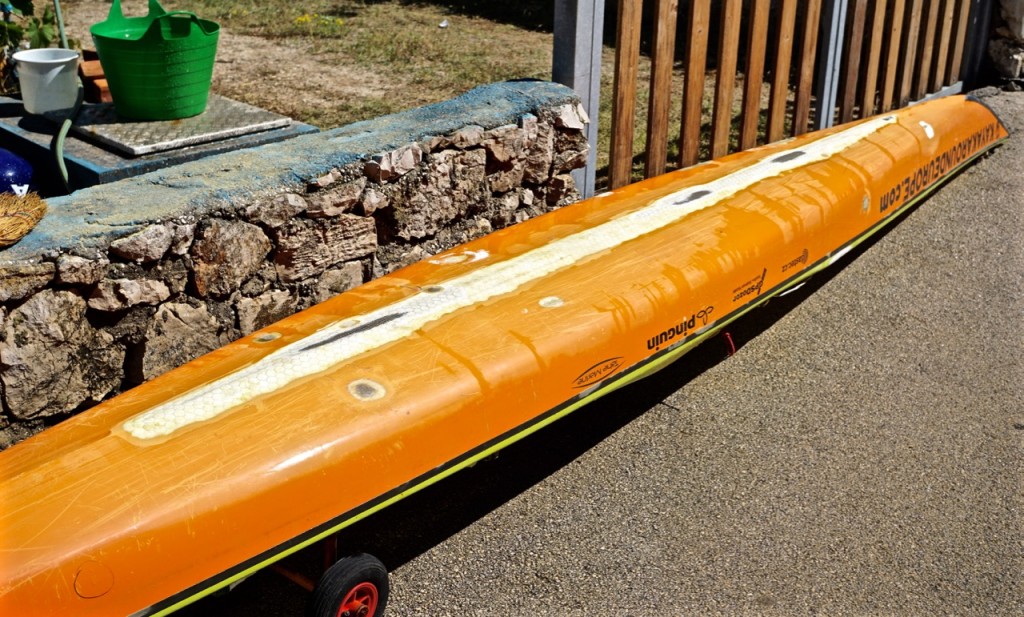 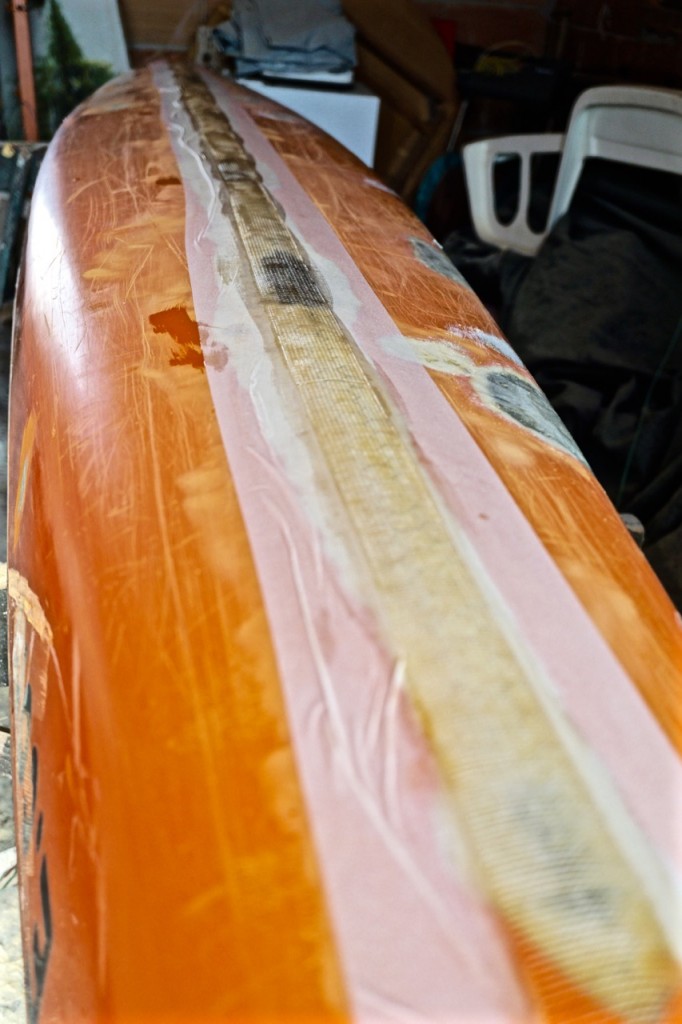 It’s not only holes in the kayak but, in general, various parts are wearing off. One time it’s the string from the rudder, another time it’s the rudder itself. Something rips off here or breaks there… Each accident like that teaches me something new. Once it is the way how to fix something as quickly as possible, next it can be a realisation that I’m able to do without some things.

This one time I lost my rudder because of big waves and a strong headwind and I found out that I was able to go without it. Another time I needed to stop at a small bay, which was the most acceptable choice far and wide. The waves were literally giant. When their force tore my underwater anchor off I learnt that I was able to land without it just as well. 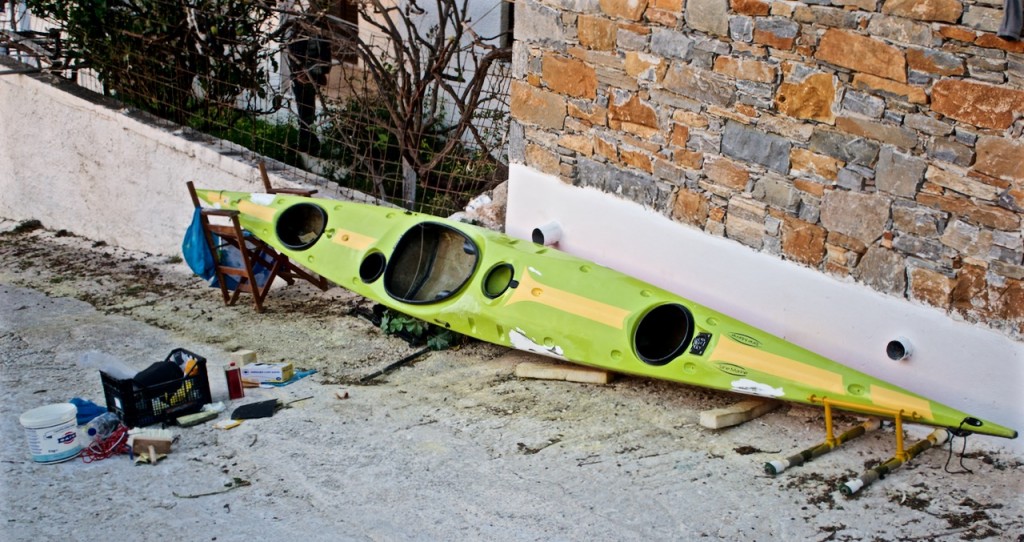 When, after lengthy discussions with specialists, I finally figured out why my backbone and pelvis were slanting and it was because of the pedals for my feet being installed unevenly by four millimeters, I decided to get rid of that whole faulty system and by moving the divider I enlarged the front chamber of the kayak by 50 centimeters. 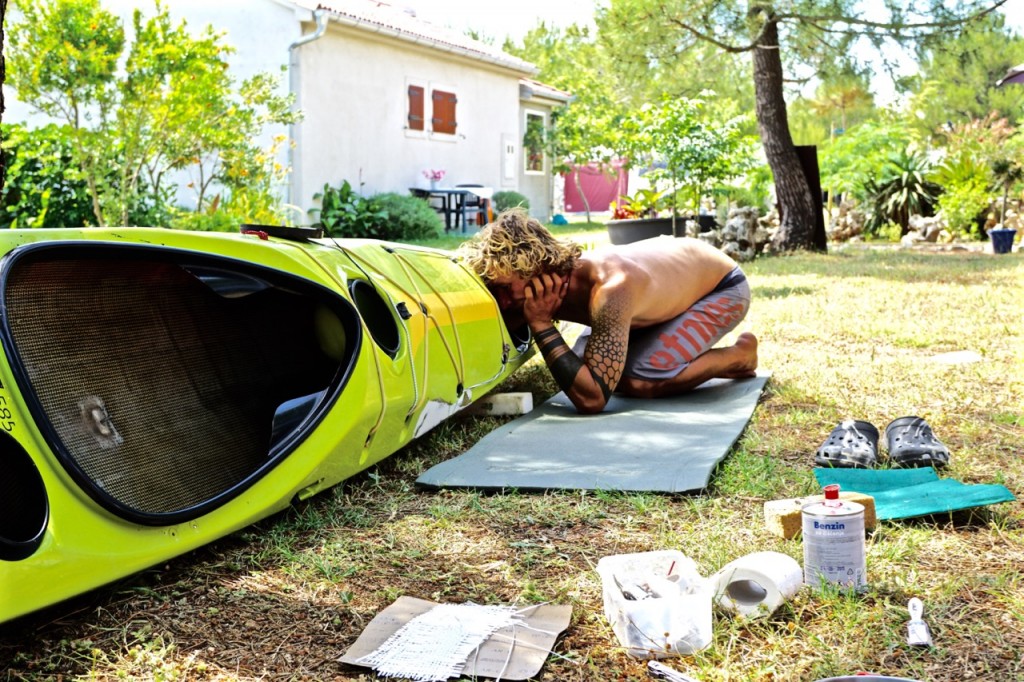 By such amendments the kayak’s been gradually becoming a completely different boat. Despite having the possibility of continuing in a different boat from various producers I believe that my kayak will be able to keep going forward some more.

So keep your fingers crossed for us 🙂