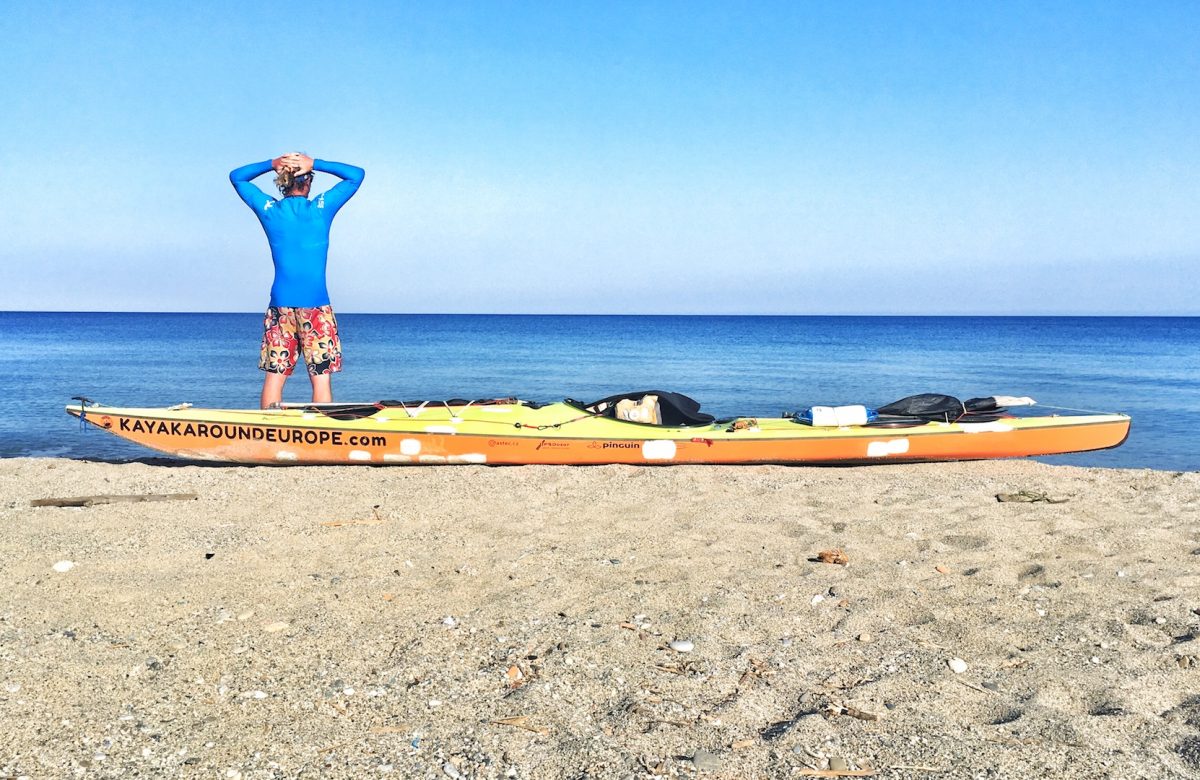 Here it comes. I am dropping the kayak back on the water. Accompanied by several yachts, I am sailing towards new adventures. The boats surrounding me start sounding their horns and people aboard are waving at me excitedly. They are calling my name and
wishing me a safe journey. I am moved to tears, and I cannot stop being thankful. Thankful for being here and now. Thankful that I am allowed to live the life I want to live. Thankful for the people around me who have a twinkle in their eyes when they look at me and through me they can see their own dreams suddenly emerging again after being long forgotten.

I am in southern Italy again. I am in Le Castella where I stored my kayak in fall 2017. For my last money, I decided to travel to the Island. I spent the winter there. I worked and earned the resources needed for coming back to my kayak.

It was a long winter, and it brought a lot of new experience. Not only I got to know new places, but I could also fulfil my wish and watched the northern lights. I had time to understand what is really important to me and I could reunite with my friends and family after a long time. 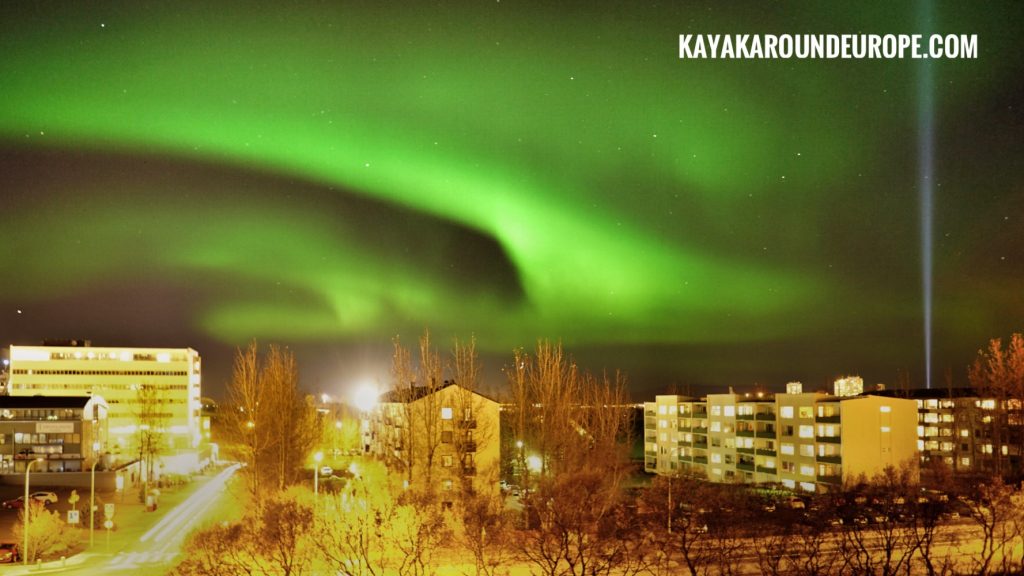 Once again I saw how some things that may seem difficult or problematic at first eventually turn and everything becomes the right way forward. Some paths just do not lead straight, and that is why it is good to know the direction and believe one’s wishes no matter where the circumstances may lead one. One of my Italian friends put it the best. When I was telling him about my hardship during our drive from my kayak to the train, I confided in him that there are several aspects of my life seemingly at a dead end. He looked at me and said: ‚When life shows you the STOP sign, it is high time to change your strategy.‘ How liberating yet very simple.

I went through many meetings and partings during past winter and spring. Coming back to my kayak was, therefore, not very easy. What is more, it somehow resembled a marathon. Or maybe a decathlon. First, a car took me to the airport so that I could board a plane in Prague. 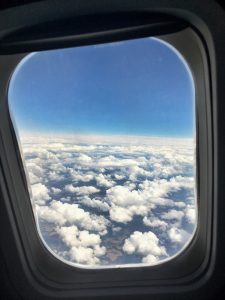 During a part of the flight I was forced to listen to a rude elderly woman sitting not far from me, and after her several intense scenes full of insults concerning some of the members of the crew, who were visibly not from Europe, I felt extremely embarrassed that this woman spoke Czech. Dear lady from the second row, next time, please, do not fly with a low-cost airline if you wish to have a crew to your liking, which will not irritate your racist feelings. You can be sure that if you pay only several hundreds crowns for a ticket, it will hardly be enough for hiring a European flight crew. Luckily, that horrible experience was offset by the crew themselves because they took excellent care of me. I landed in Catania, Sicily. After that, everything went smoothly. 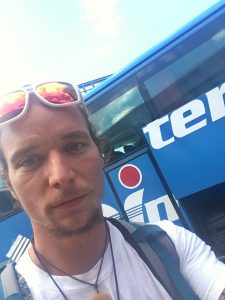 The bus to Messina was leaving in a few minutes. It took me only minutes from the port. There I did not even have time to drink a coffee, and I was boarding a ferry to the Italian coast. 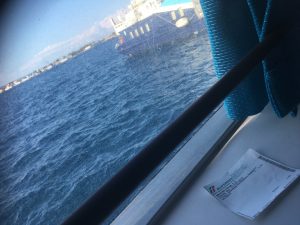 Naturally, the train taking me further was leaving just in time for one standing coffee. After the train ride, there was a taxi waiting for me. Although it cost more than the accommodation in the nearby town to which I needed to travel there was no other choice as it was already quite late. 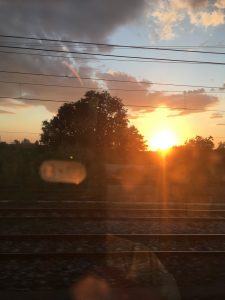 But I was sure it was going to bring me something so by a taxi I went. In the condo, which cost only 16 € breakfast included, I found not only a wi-fi connection but also a handwritten letter from the owner. Reading the letter, I discovered that there was a train right next day going the direction I needed from a train stop only a few hundred meters away. That train also stopped only 17 kilometres from the place where I had my kayak. I do not hesitate for a minute and board the train the next morning. Unaware of local customs I happen to ride the train for a full hour for free, or somewhat illegally. (I am really sorry to the Italian railroad services, it was not intentional).

I end up in a small town, the noon sun above my head, everyone having their siesta and a heavy backpack cutting into my shoulders. 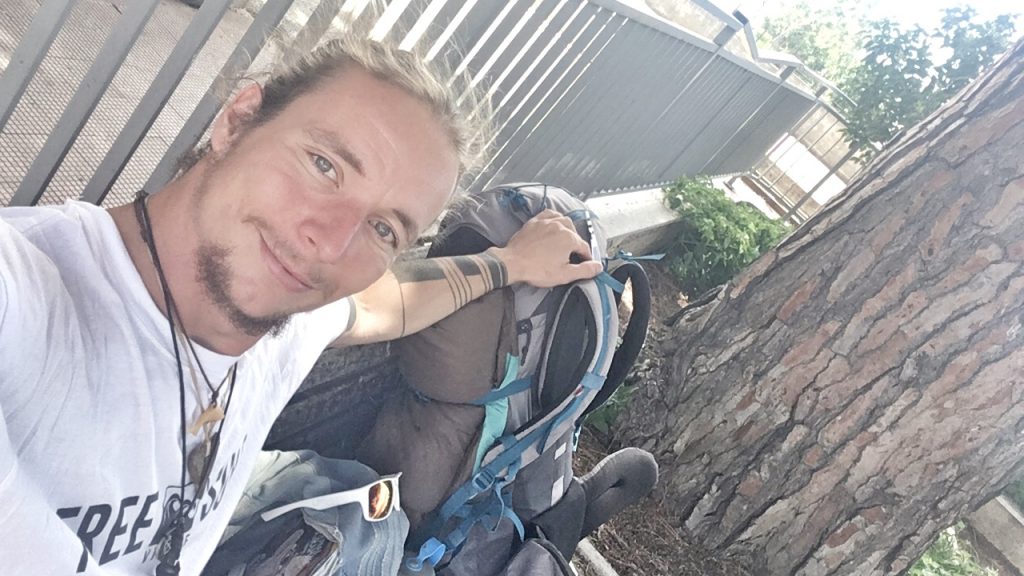 There are no busses, and there is no train that would take me closer to my kayak. The locals advise me to take a taxi. To ride the last 17 kilometres in a taxi? I do not really feel like it, the ride from yesterday was quite enough for me. Well, I tried planes, buses, trains and taxis within past 24 hours so now I will hitchhike. Just as I am passing the end sign of the town, a car pulls over, and the driver is – of course – Italian. The fact that he does not speak English is no surprise for me here in the south of the country, and I quickly revive my Italian that I absorbed during my previous journey. I tell him about my travels around Europe on a kayak, and we talk about how such a journey is a significant landmark in a life of a human being. He explains to me that southern Italy is a beautiful place but that the people are not so good. I smile at him and politely disagree. After all, he stopped, and he is helping me by driving me all the way to my kayak although it is a bit of a detour for him. 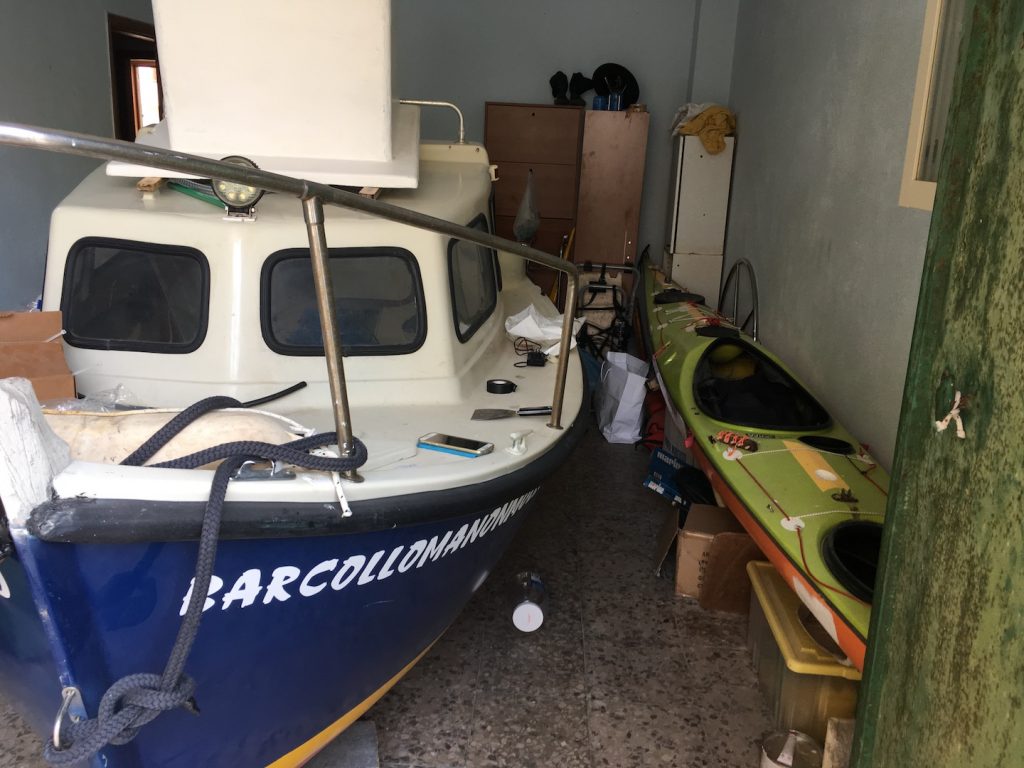 So this is how I got back to my kayak, and I was welcomed very warmly. The family with which I left the kayak was waiting for me with their arms open. A family friend, whom I met last autumn, offered me to stay on his boat and I helped him with some small adjustments on the boat in return. 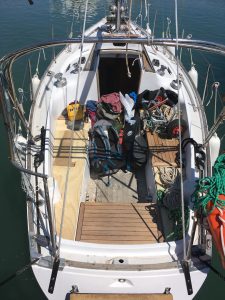 Thanks to that I did not have to hurry, and I had a chance to acclimate a bit. Without much hurry, I prepared my kayak so that it could go on the water again and I was ready to sail again in a few days. 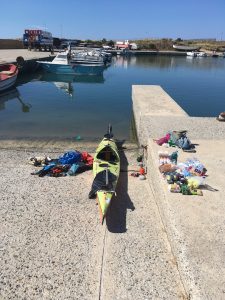 Now I am back at sea. I am surrounded by the Italian coastline, and my direction is clear, simply to paddle further west towards Sicily.