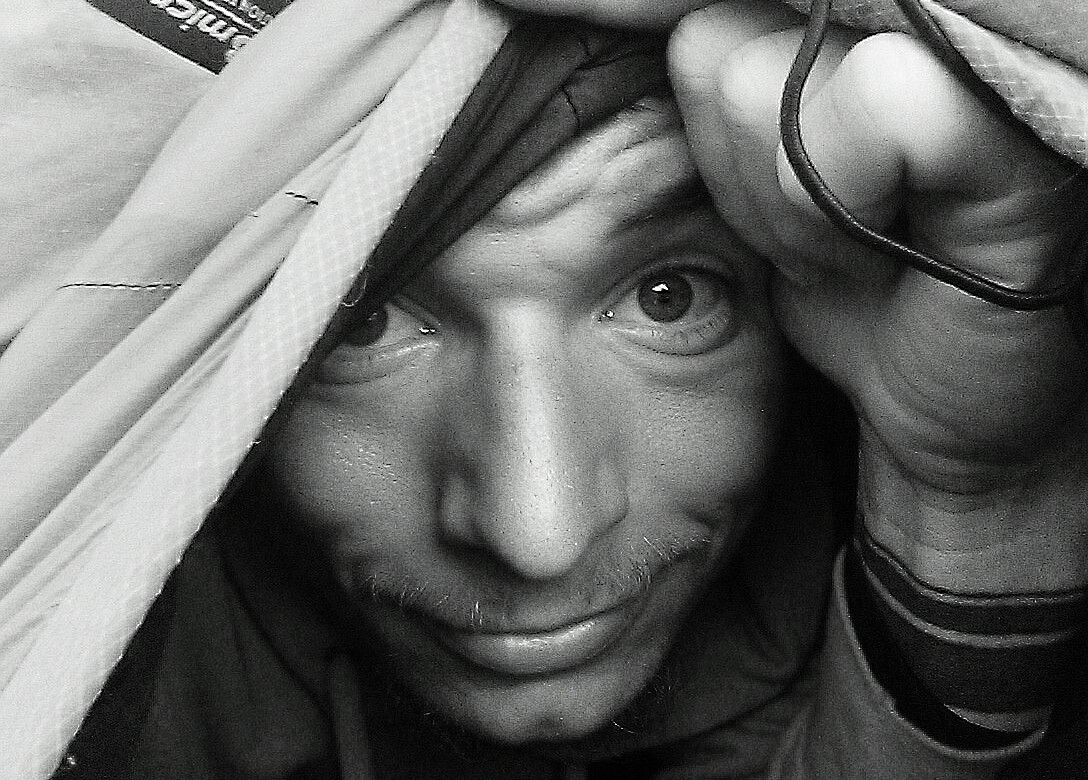 How should I do it to be happy? That’s the question I’ve been asking myself more and more often during past months.
It’s not that I haven’t been feeling content. Still, everything’s been going through continuous development. The same is true for me and the path I’ve been following. I’ve been feeling increasing pressure. It’s not uncomfortable and I’m able to work with it. However, I’ve been paying attention to where the things are about to turn. 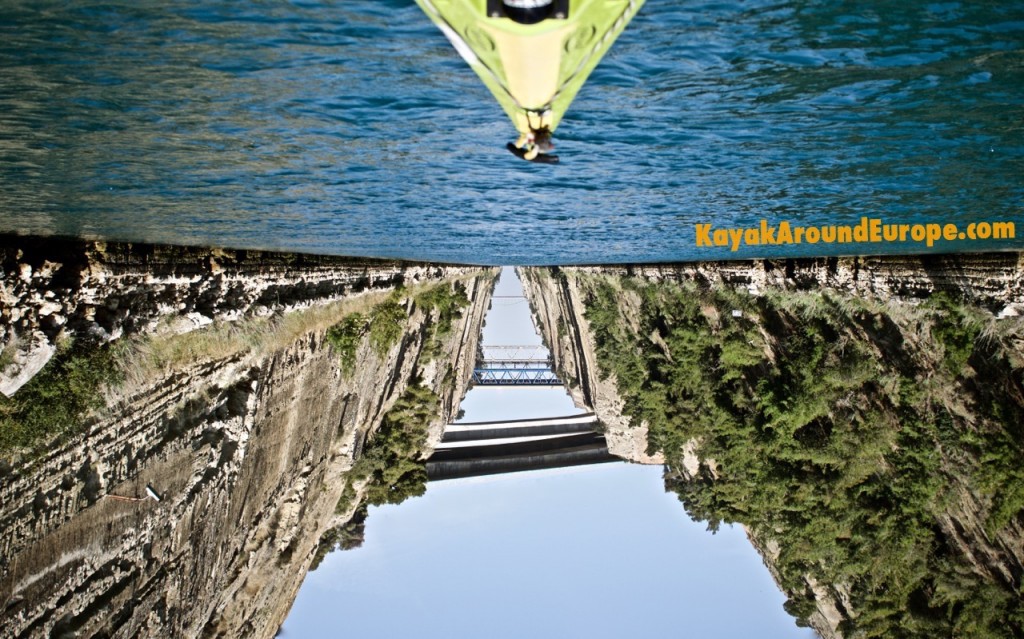 I’ve just paddled through the Strait of Corinth. The landscape here has been under constant pressure too. Two tectonic plates meet deep under the sea surface in the middle of the approximately 200 kilometres long strait. So, a great pressure is created about one kilometre under the sea level. It’s so massive that there are show-covered mountain ridges towering from both sides of the shore. 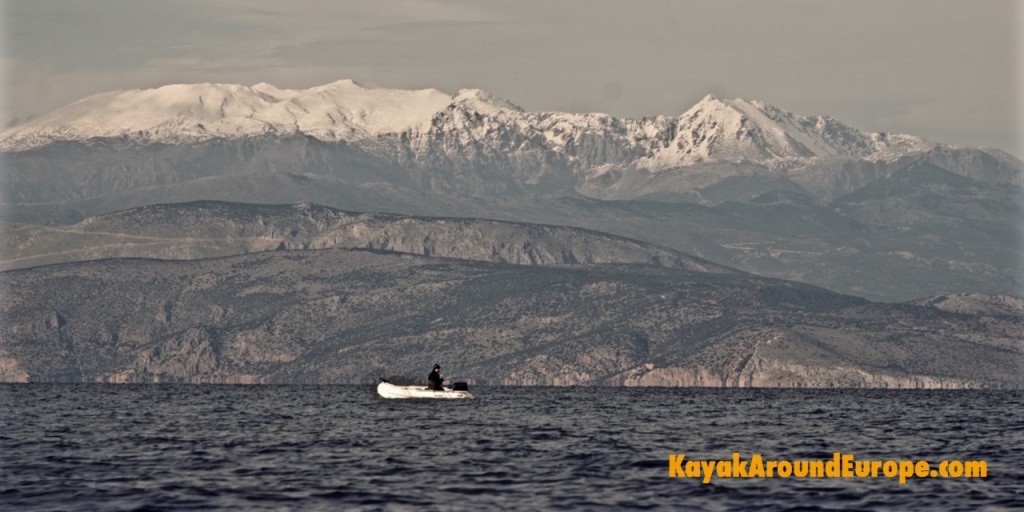 It’s a stunning view and this setting makes me ponder. As in the case of the mountains here being pushed up by a great pressure, I’m driven forward by force too. It’s a force coming from the combination of all the things I do. Or, to say it in a better way, from my effort to keep everything going. It’s the pressure that I put on myself. Still, even here, back when the mountains were being created, it wasn’t sure how it all was going to end. When the pressure started to push the rock upwards it could’ve still ended up being slumped under the surface. 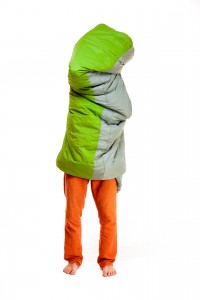 I’m feeling that I’m on the way to this moment. The moment that’ll show whether I rise to the sky, just like the mountains did, and I’ll be seen, or, even though I’ll continue on my journey, whether I disappear out of sight. What I want is to keep everything going forward and growing. In spite of the fact that it all costs a great amount of energy and dedication. Whether I’m able to make it I’m not sure yet. But I believe I’m!

When I think of the beginning of the planning for this journey, wow… It’s almost two and a half years back! Since the start I’ve set my thoughts on sharing the whole adventure. I felt that whatever the journey brought other people should know about it too. I also tried to gather as much financial resources as I could. I sold, gave away or bartered everything I didn’t need for the journey to get something useful instead. This way, I ended up owning nothing but my kayak, but with enough money to cover probably one whole modest sailing around Europe. However, there’s still the thought of sharing everything. 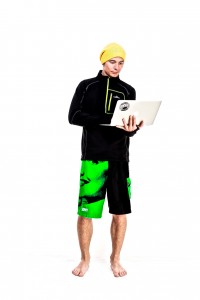 It’s clear already during the preparations that sharing my journey would need a lot of energy, money, and time. How much I didn’t know, though. But I was content. I had an idea to make money in exchange for my experience or photographs, yet, that didn’t last too long. The journey taught me quickly what it really meant to have an open heart and mind. It taught me that the most beautiful energy comes through gifts. That’s because a gift can enrich both the giver and the receiver. That’s why I decided to share my whole blog and all of my pictures for free. As a gift for myself and for everyone who is pleased by it.

I’m not pretending that such an effort hasn’t been costing me a great amount of energy and funds. I’ve even got into such a routine that I’ve caught myself selecting the place for landing according to whether there was an internet connection, electricity, a dry place where I could take out all of my electronics, and also the possibility of getting some ready-made food so that I wouldn’t have to cook myself and saved time. Uploading the photos, videos, or writing another blog often requires more than 24 hours of a constant internet connection. I’ve been also relying on huge amounts of coffee to keep myself up and going. 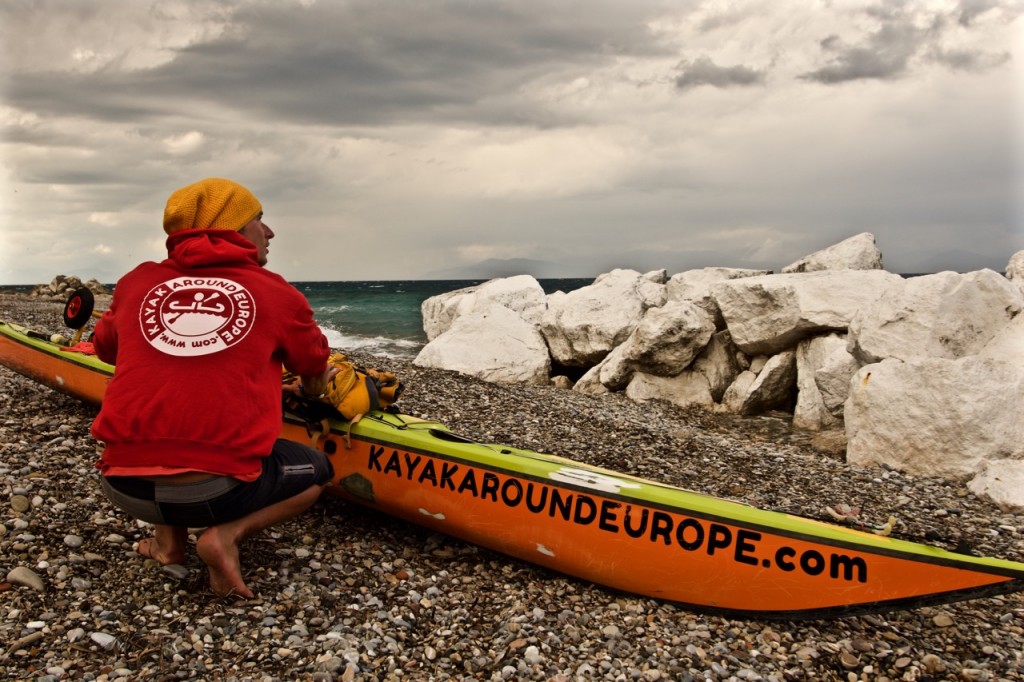 About a week ago I was supported in the way that I got a hotel room, a shower, a washing machine, and all food and drinks for free. That’s the moment when I realized how much money and time I’ve really been investing into the sharing. For two days I was connected to the hotel electricity and the internet, and for more than 30 hours I was glued to the screen. I thought that I’d be able to prepare all the photos, to write another blog entry, and to cut some video material. Well, it ended up in me getting about 150 photos ready for sharing. I didn’t manage to deal with the blog or the video. I managed to work on the video several days later in one restaurant, where it was another 12 hours in front of the computer while I was also trying to pay as much attention as possible to the owner of the place at the same time, as he was hosting me for free. And it was the blog’s turn even a few more days later after that. 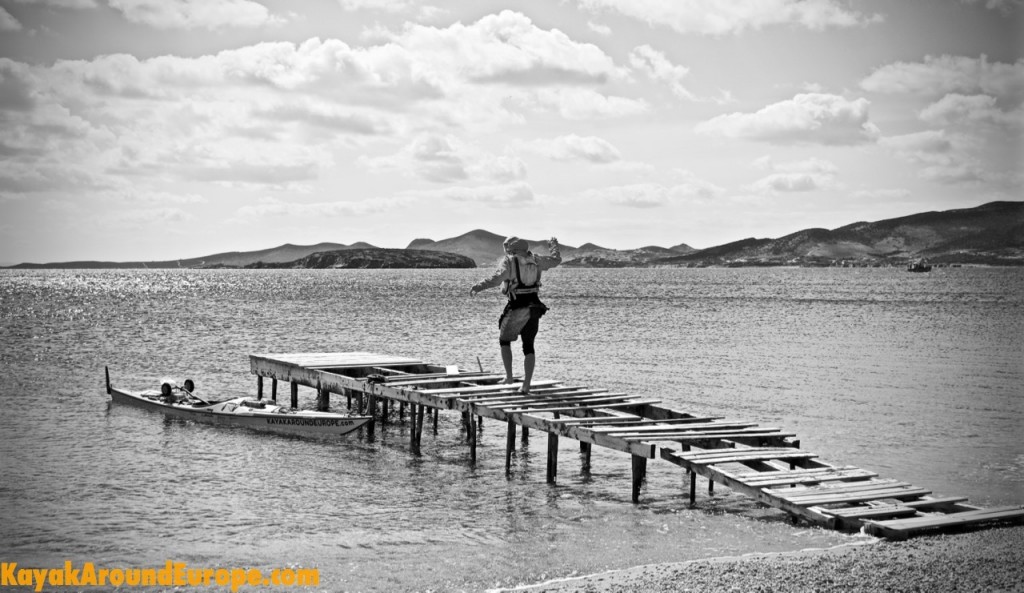 I started paddling right at the dawn, so that I could get through the daily amount of kilometres as soon as possible and saved some time for writing. I stopped in a harbour among yachts. The last chance to prepare for a long journey out of the civilisation. Although I’d really like to have one I didn’t look for a shower. Instead, I sat down in a quite expensive local yachting restaurant, asked for the Wi-Fi password, and a big mug of coffee.

And why am I telling you all this? I’ve realized that it could be interesting for some to find out what’s behind all the content that shows up on the computer screen for free after one click. Personally, I’m under the pressure of trying to continue going, living the journey, and sharing everything to the maximum level. And this all in the best way I can. I’ve been writing the blog, and getting corrections and translations of the texts done. I shoot, edit, cut, upload on my web and share on Facebook all by myself. And to tell you the truth, all this is often much more difficult than paddling along beautiful coasts and meeting local people. 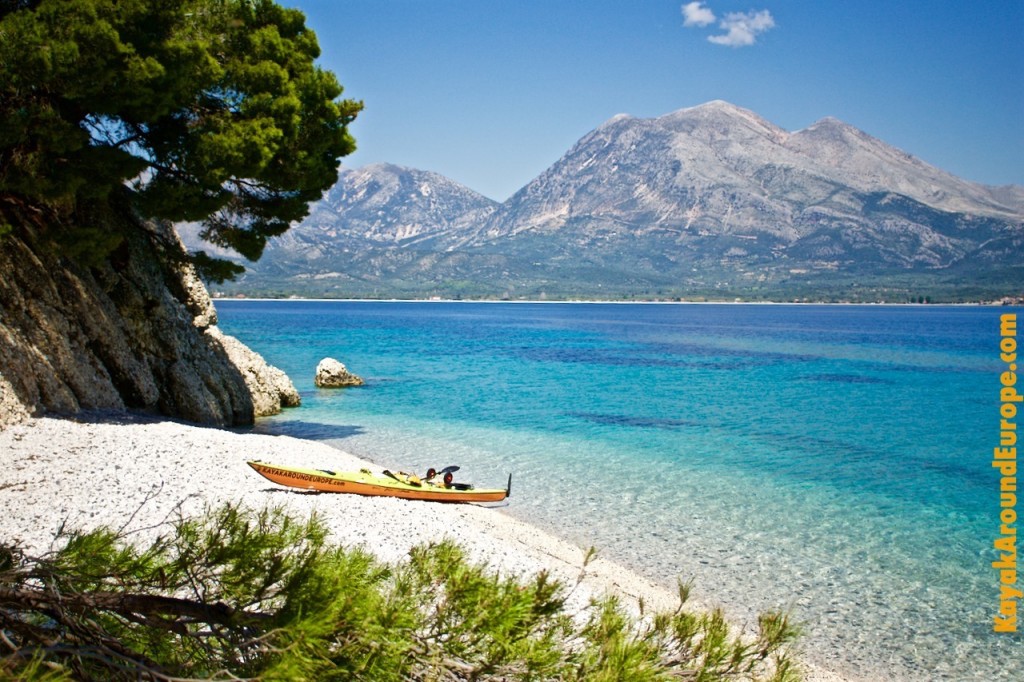 So, what’s left to say? I’m firmly set on continuing the sharing of my journey with you all for free, even if that meant I’d have to invest my last money into it. It makes more sense to me than finishing the journey without giving anyone anything from it. After all, not everyone is able to sell everything and just leave. Or, not absolutely everyone anyways.

PS: Thank you for the support to each and every one of you who help me to go on, although, you may be far away from me. If what you’re reading right now speaks to you, I’ll be grateful for your support of my adventure and for its sharing too.

Oh, and I hope that till next time I’ll finally manage to push myself and the graphic designers to make the t-shirts for promoting this journey that I’ve been promising you for a year already. So, hopefully, see you next time with the t-shirts… 🙂