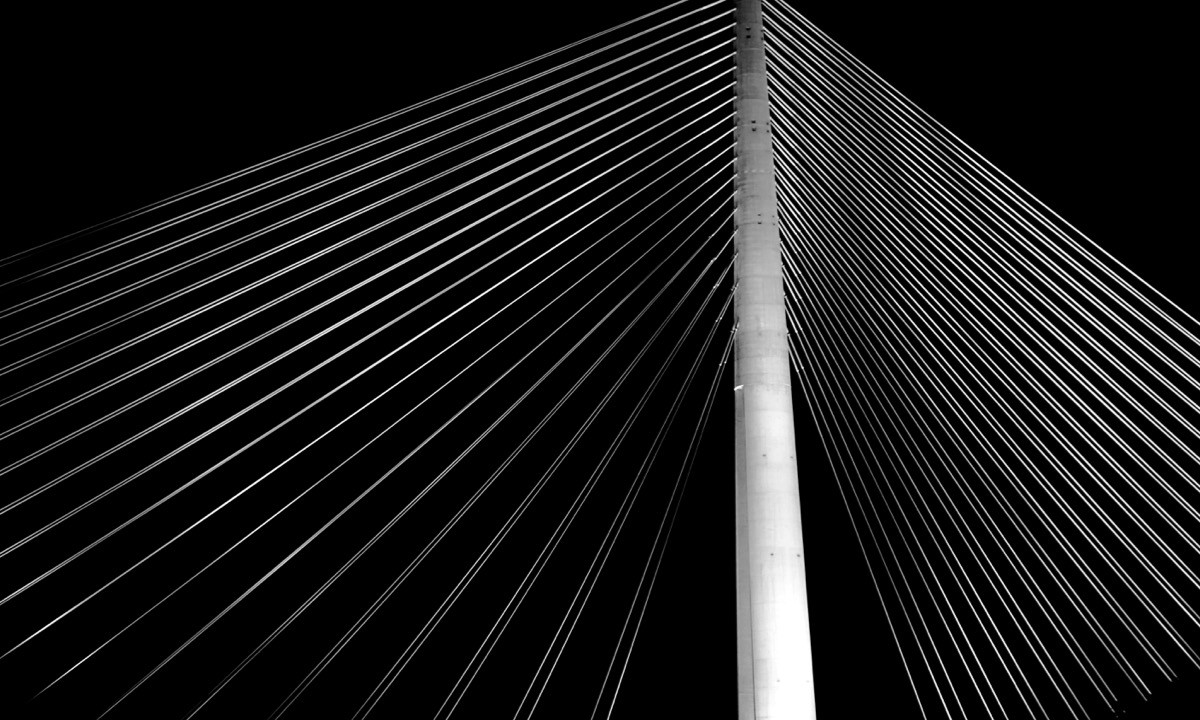 Another town is here. New people. Different atmosphere. Here comes Belgrade. I enjoy the stop here, as well as doing some thinking and relaxing. I’ve done more than 50 days of travelling from Prague, 160 km against the stream, 120 km on foot. I have many hundreds of kilometres of Danube behind me.

Countless beautiful places. I’ve experienced both cold and snow. I was drenched by rain and storms. I was sweating at the noon sun. I’ve gone through two months full of experience.

Already from Linz I started regularly meeting up with Leander from Switzerland. Sometimes, we did our day paddling together, other times we didn’t see each other for a few days. When I first met him he was close to finishing his journey. Still, he decided to continue to Vienna with me. There we separated for several days once again. Nevertheless from Bratislava to Budapest we kept each other company except for a few very short times when we went separately. In Budapest his friend, who accompanied Leander, left him. Although he was, once again, considering finishing his journey, we started to Belgrade together. Here, he gave his 50-year old kayak as a present. This was the end to his paddling adventure on Danube. What haven’t ended, however, is our friendship that was born during the 1000 km we stayed together.

I bow to your amazing skill and great performance Leandro.

In Vienna, I was joined by Pavel from the Czech Republic. His plan is to accompany me to the sea. But every day he is becoming more and more open to everything that the journey itself can give him. Son there’s been thought growing in his head to direct his was towards Istanbul. 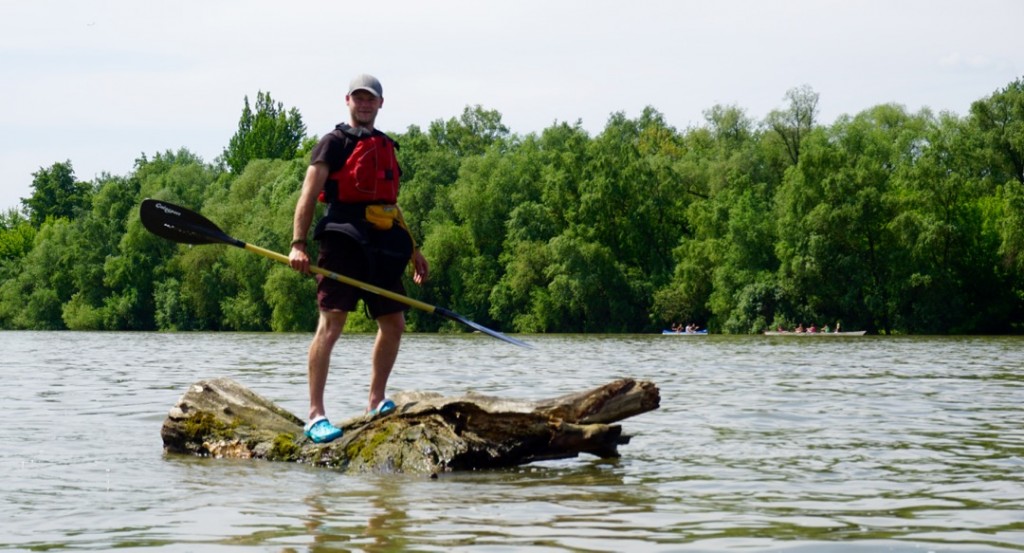 Part of the way is already behind me. But what’s ahead? Direction towards the Black Sea and then further south.

What’s really in front of me now? A table, and a cold lemon lemonade with ice on it. A 10-meter yacht anchored nearby, which I got for my disposal from the owner of the local restaurant. This is my home for some time. On the ground in front of me there is an old 3-horse power motor for some old little boa tor other. Some young guy I don’t know yet is getting up at the next table. I’m drinking my lemonade with Bane. That is how the owner of the local restaurant introduced himself to me. We’re talking about the upcoming kilometres on Danube. 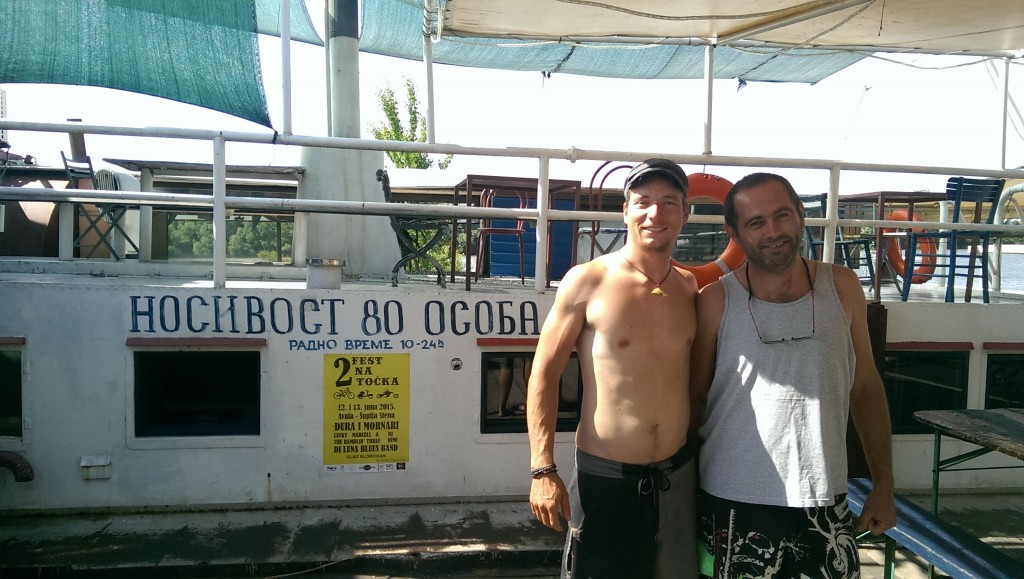 Suddenly, Bane says: ‘I’d put some small motor on the kayak.’ I just smile and nod. Well, it’s been some time since I’ve had this dream of constructing a catamaran with a motor. But I have neither the catamaran nor the motor. At this moment Pavel looks at me: ‘A catamaran could be made by joining two kayaks, no?’ I admit that it could be theoretically possible. I don’t even have time to say that without a motor the catamaran would be useless, when the young guy from the next table comes over. He points to the small old motor lying on the ground and says: ‘If you need a motor, take this one. I don’t need it anymore.’

So now I’m about to construct some kind of a vessel that could have a motor attached to. I have no idea how long the motor will last. If it works, I mean. But it’s worth the try anyway. I’m on a journey that I decided to make my life and that brings me surprises every day. It’s very pleasant to accept those gifts humbly. And I’m thankful for them. 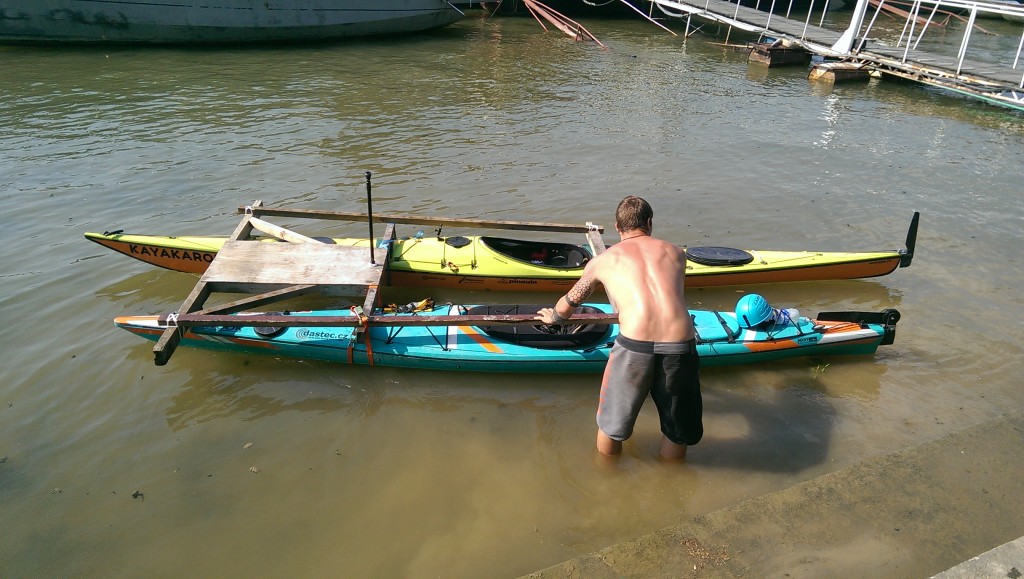